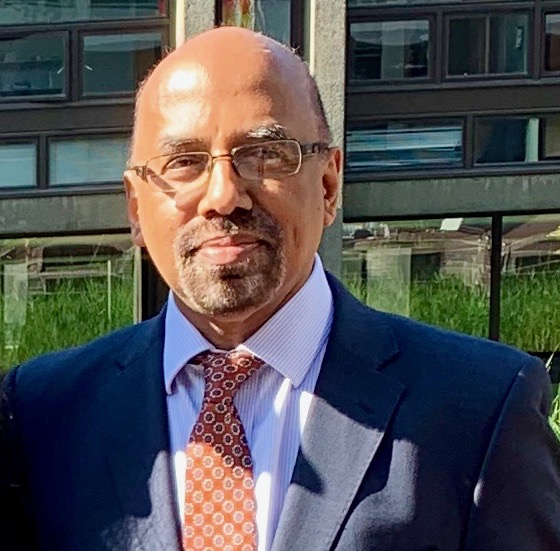 In 1970 there were approximately 40,000 Bangladeshi expatriates living in Britain. There was no significant Bangladeshi diaspora in any other part of the world. Yet this small number of expatriates played a vital role in Bangladesh’s war of independence in 1971. While many Bangladeshis crossed borders to take up arms, the expatriates were instrumental in creating international awareness of Pakistani occupying forces’ barbarous atrocities and raising much needed financial resources for the freedom fighters.

Many expatriates simply handed in their unopened pay packets to the Bangladesh fund week after week (I learnt this from Justice Imman Ali, who, as a teenager at the time, was participating in collecting funds). They remain the unsung heroes of Bangladesh. Justice Abu Sayeed Chowdhury in his book, Probashey Mukttijudder Dinguli, recorded that soon after the independence, on behalf of the expatriates, a sum of £378,871 was sent to the finance ministry which formed the very first foreign currency of the Government of Bangladesh.

Fast forward to 2020. It is estimated that there are 12 million Bangladeshi expatriates living and working in 140 countries. The ever increasing remittances sent by the expatriates have been vital in elevating Bangladesh’s position to one of the largest economies in the world today. The yearly remittances have passed $20 billion mark. If in 1972 Bangladesh‘s foreign currency reserve stood at £378,000 thanks to the expatriates, then that figure now stands at a staggering $45 billion, again largely due to the efforts of expatriate men and women.

It would not be out of place to suggest that Bangladesh should appreciate the enormous sacrifices of its expatriates by marking a day as Probashi Dibash (the expatriates’ day). A day to be celebrated each year of the Probashis achievements by Bangladesh and by Bangladeshi diaspora everywhere. But celebration would not be the only purpose of such a day.

Dedicating a day to expatriates would not only be a huge morale booster for the Bangladeshi diaspora worldwide thereby increasing the remittance inflow, but it would also open  an avenue for Bangladesh to tap into its enormous human resources abroad, which has  heather to been unexplored.  Such resources are likely to be just as significant in value as the remittances.

Many countries have recognised the benefit of devising a way of having a consistently close link with their expatriates not only to enhance remittances, but also to take advantage of their expertise gained through education, training and work in advanced economies. Taiwan has been well known for inviting academics of Taiwanese heritage from top American universities to spend regular sojourns in Taiwan sharing their knowledge and experiences with local universities, with tremendous results. Vietnam, Philippines and Turkey have similar programmes. Economists world-over agree that the Chinese emergence as an economic giant was possible because of its success in attracting billions of dollars of investment from Chinese-Americans in 1980s.

The case of India requires a special mention in this regard. In 2001 Indian government set up a high-level committee on Indian diaspora with a view to increase connectivity for mutual benefit. In accordance with the recommendation of the committee, Atal Bihari Vajpayee, the then prime minister, announced 9th January 2002 as the “Pravasi Bharatiay Divas” (Indian Expatriate Day). The date was chosen to mark its most famous son and expatriate, Mahatma Gandhi’s return from South Africa to India in 1915.

Since 2003 the day is marked with a three day event inaugurated by the Prime Minister of the day or the head of state of a country with a large Indian diaspora, usually attended by around 2000 Indian expatriate delegates. The event provides a cordial and apolitical environment where expatriates exchange ideas with Indian policymakers, business community and others as to how their skills and expertise could be utilise to benefit India. There is also clear evidence that these events have contributed to an increase in remittance flow to the country. The highlight of the event is the Pravashi Bharatia Samman Award given to the expatriates for outstanding achievements in various fields.

It is regrettable that Bangladesh is yet to recognise its worldwide diaspora as anything beyond row remittance earners. Undoubtedly, the declaration of a Probashi Dibash would be a significant step in the right direction.

Let us look at the Bangladeshi diaspora in the UK. It reads an amazing story. Thousands of miles away from their roots, Bangladeshis sit in British Parliament. They sit in judgement in British Courts, work as important government scientists and diplomats. There are thousands of them teaching wide ranging subjects in British schools, technical institutes and universities. They work as doctors and surgeons in hundreds of British hospitals. Similar successes are emulated in the USA, Canada and other countries by Bangladeshis. Establishing close connection with them would benefit Bangladesh enormously.

Unlike China and India, Bangladesh has not succeeded in enticing its expatriates into large scale investment in the country. Yet it is estimated that there are tens of thousands of expatriate millionaires in Bangladeshi diaspora worldwide. In the UK it is common now to see Bangladeshi names in the Sunday Times yearly top 1000 rich list. Piecemeal attempts by Bangladesh over the years have failed due to lacklustre efforts, and negative experiences of many Probashi investors. A forum that allows expatriate investors a dialogue with the country’s policymakers and the business community would significantly alter that situation.

A further matter of note is that in many countries Bangladeshi diaspora consists of second, third and fourth generations. Many are destined to be leaders in diverse fields in the countries where they are born and raised. The potential benefit for Bangladesh in entrenching in them their Bangladeshi heritage would be boundless.

If the argument for a Probashi Dibash seems overwhelming, then there is also a particular date for commemoration of such day, relating to which the argument is just as compelling. This leads me to a story of a love affair like no equal!

On 8 January 1972 as the dawn broke, a plane landed at London. A dignified looking man disembarked and was gently escorted to the VIP lounge. This man was none other than Bangabandu Sheik Mujibur Rahman, the father of the newly independent Bangladesh.

It is no coincidence that after being freed from Pakistani prison, Bangabandhu had no hesitation in choosing London as his first destination before returning home. According to Zafar Chowdhury, who piloted the plane, on arriving at Heathrow, Bangabondu’s first request was to contact a number of his “friends”, who were restaurant owners. When the British Foreign office representative informed him that the arrangement had been made for accommodation at Claridge’s hotel, he thanked the official but suggested staying at a modest hotel in Russell Square “where it would be easier for our people to see me”. The official politely informed Bangabandhu that a Head of State’s security can only be provided at Claridge’s hotel but assured him that arrangements would be made for any number of people to meet him subject to security measures. Indeed, Claridge’s hotel that day became a mini Bangladesh. Dr Kamal Hossain who was also released from Pakistani jail with Bangabandhu, revealed that he was fully aware that “London had been an active centre from which support for the liberation war had been pursued”.

That the father of the nation was a visionary leader is an unequivocal truth. He understood the sacrifices that the expatriates made, and foresaw that one day they would play a pivotal role in shaping the country into Sonar Bangla. He granted dual citizenship status to expatriates at a time when only a handful of countries allowed such status to their expatriates. The expatriates also reciprocated Bangabandhu‘s love for them by hiring a British lawyer to defend him when Ayub Khan tried to eliminate him by instituting the infamous Agartala conspiracy case, by taking to heart his 7th March speech and playing a heroic role in freeing the country and continuing in that vein as remittance fighters.

The historic 8th January binds Bangabondhu, Probashis and Bangladesh in a romantic triangle. Although the Covid 19 pandemic has disrupted the Mujib Year celebration, the spirit of the occasion remains ablaze. It would be amiss of the government of Bangladesh if it fails to see the dynamism in declaring 8th January as the Probashi Dibash in Mujib Year. The father of the nation would have loved nothing more!

NHS ‘Help Us, Help You’ campaign urges public to get cancer symptoms checked